Taking care of our employees as much as our customers

“Allowing each and every employee to express their talents, propose motivating careers, fostering local support, encouraging collective intelligence, developing skills and creating mobility opportunities are the guidelines shared by management to ensure the fulfillment of the women and men that make up Berger-Levrault.”

Our mantra is to be inspired and inspiring

The Berger-Levrault Group is developing against a backdrop of deep changes and globalization: continuously evolving regulatory environment, acceleration of the digital transformation, new interactions with users.

To back Berger-Levrault’s strategy, the BL Institute has a daily commitment to transmitting knowledge, developing skills and improving talent.

Managerial support, project management, IT development and use of English are only a tiny fraction of the training actions implemented by Berger-Levrault.

Berger-Levrault backs employees throughout their entire career with the company. We give them the opportunity of working in different businesses and countries. This type of mobility fosters versatility and an enhanced knowledge of the company’s organization.

Knowing how to change and improve talent is to capitalize on their experience and multi-expertise with the aim of providing enhanced customer satisfaction. 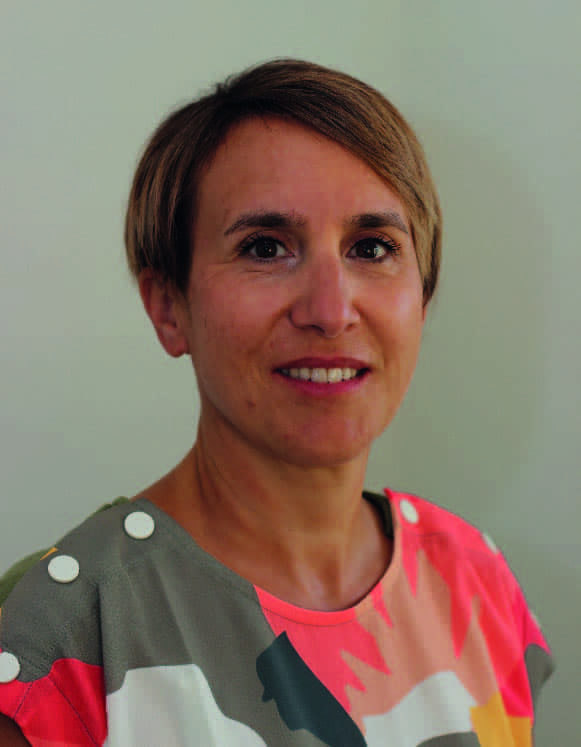 “What was supposed to be a first job has turned into an adventure rich in a multitude of experiences.”

The assistance and the customer satisfaction for vocation.

1998 – Peggy joined Berger-Levrault as a customer support technician.
2000 – She becomes manager of Support teams and product watch for small and medium-sized clients.
2012 – She continues her adventure at Berger-Levrault as a manager, coordinator and project manager in the Customer Support Department.
Since 2014 – Following her many successful challenges, Peggy becomes FSI (Trainers and Partners Support) & Coordination Manager. 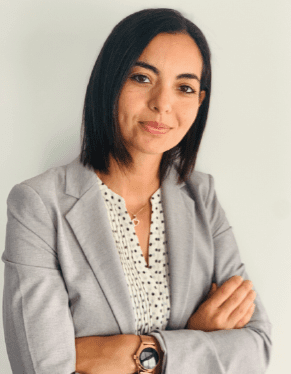 “Berger-Levrault has allowed me to evolve very quickly, offering me great opportunities and innovative and motivating challenges. No two days are the same!”

An accelerated career path in the service of caregivers and patients.

2007 – Nadia joins SIGEMS, now a subsidiary of Berger-Levrault, as a Development Engineer for the private hospital sector.
2015-2017 – She evolves as Interoperability Project Manager for healthcare software solutions.
2017-2020 – She is promoted to Production Manager for private and public hospital software.
Since 2021 – Her success and potential lead her to pilot the Healthcare Software Development Department and to supervise a team of 35 employees. 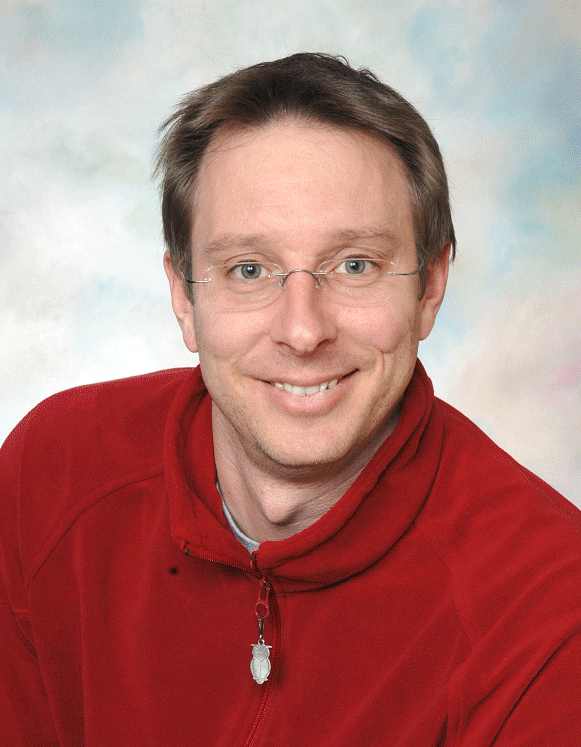 “Every problem has its solution. It is always rewarding and motivating to participate in the solving of a given problem. Berger-Levrault allows me to take on challenges on a larger scale!”

The knowledge and skills of an experienced team are precious when it comes to weathering the storms.

1993-2006 – Stéphane has held several positions within COBA, now a subsidiary of Berger-Levrault Canada. He started as a programmer for the financial management software. He quickly became an analyst-programmer and then took part in the decision-making process for the software’s upgrades alongside the Senior Analyst.
2006-2009 – He has been promoted to the position of Finance/HR/Payroll Software Coordinator. His years of experience earned him the position of Team Leader.
2009-2017 – He took on a new challenge and became the Lead Analyst and team leader of the HR-Payroll software.
Since 2017 – Stéphane is carrying on his journey at Berger-Levrault as Senior Advisor for Architecture and Design of 3 software ranges: HR-Payroll, Finance and Facilities Management. 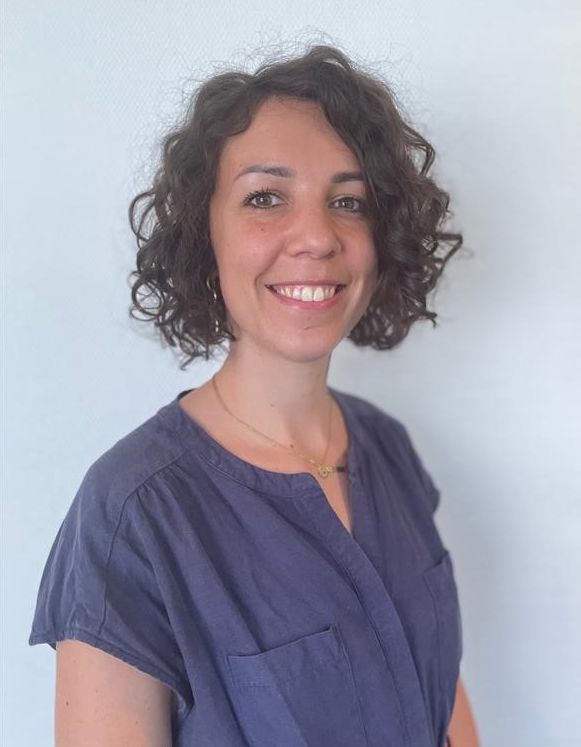 “With a previous experience in data, processes and HR tools, Berger-Levrault allowed me to combine these skills with my taste for innovation and the implementation of projects on an international level.”

The implementation and the management of HR activities within the Group.

2017 – Bérengère joined Berger-Levrault as Social Data Manager
2017-2019 – Piloting of the Group HRIS project in all countries of operation
Since 2019 – In charge of the HR Development department with the objective and ambition of transversalizing the recruitment, training, tools and HR process activities in all countries. She supervises a team of 6 employees with multicultural and international profiles. 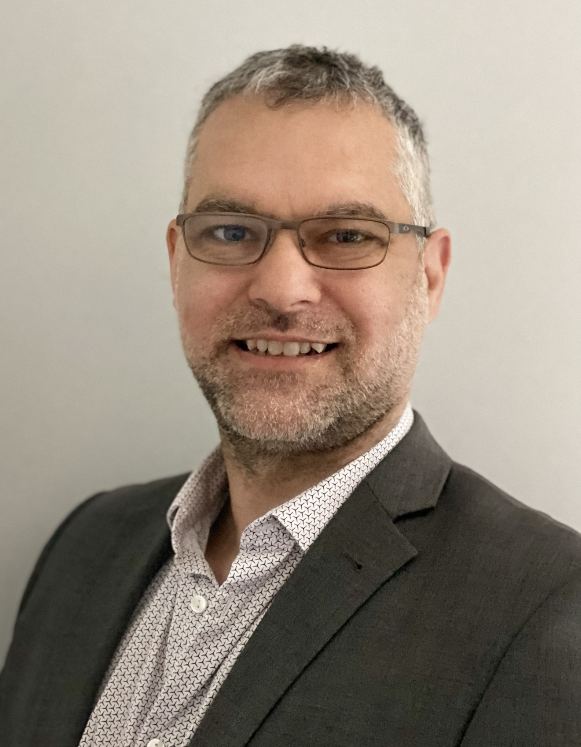 “I am enthusiastic about Berger-Levrault’s innovative vision in designing digital solutions that meet the ever-changing needs of its clients. Today, I can see that this vision has become a reality for many users.”

The collective is strengthened by the sum of individual qualities of its members.

1999-2012 – Frédéric has held several positions related to HRIS and payroll in various sectors of activity and for different organizations, including COBA, which has become a subsidiary of Berger-Levrault Canada. Gifted with interpersonal skills, he works to improve client relations.
2012 – He joined Exagon as a Functional Advisor for the implementation of the SOFE range.
2017 – As Project Manager for Implementation and Customer Success, he is responsible for client relations in the municipal sector in Quebec as well as for managing implementation projects of new clients. This was his first step into the commercial field.
2020 – Frédéric officially joined the sales team as a Software Specialist Consultant to bring his expertise to the sales force and help increase its influence, both internally and externally.
Since April 2021, Frédéric is Market manager for the SOFE solution. 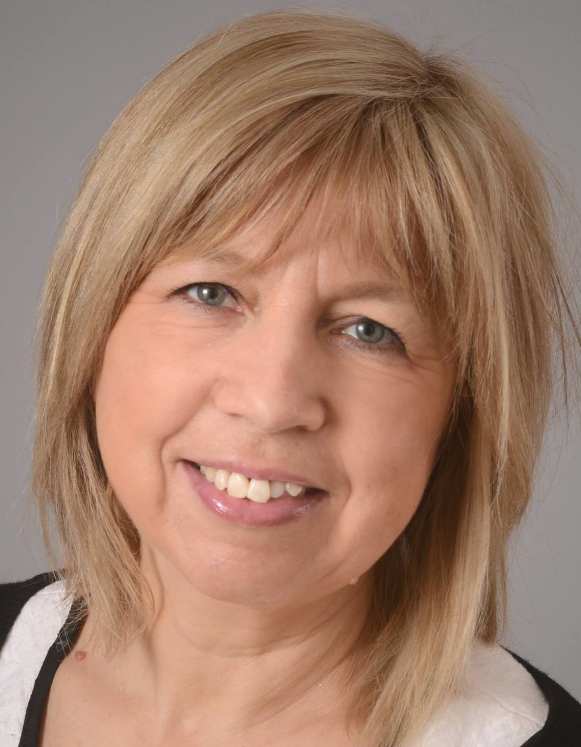 “At Berger-Levrault, I experienced a wonderful human and professional adventure within a company that trusted me. An intensive and motivating path, full of challenges achieved in teams.”

Dare to step out of your comfort zone at all times to learn from others and renew yourself!

2005 – Maryse becomes Director of the product marketing of the Berger-Levrault Magnus brand (Finance, Human Resources and Citizen Relations)
2007 – She takes over the management of the Public Purchasing Business Unit. With a 15-member team, she designed and launched two new solutions: Légimarchés and e.marché.
2012-2015 – To improve and professionalize the technical support of Berger-Levrault’s different product lines, she reorganized the support processes and deployed call center tools. At the same time, she set up the first remote services related to dematerialization.
2016-2020 – Having great skills in English and Spanish and a strong interest in communication and facilitation, she accepted to head the group’s communication and client marketing in France.
Since 2021, and after having completed specific training in sustainable development, she became Group CSR & Communication Director. The story continues!

Pierre Lambolez
Director of the Marketing of Services for France 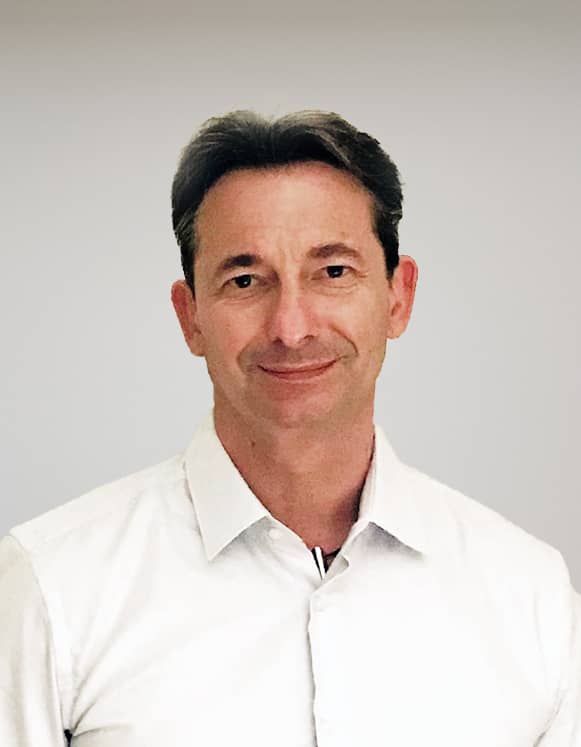 “Production, Implementation, Marketing…
Berger-Levrault gave me the opportunity to make a career change and manage various projects in France and now in Spain.”

Focus as much on interpersonal skills as on know-how

2007 – Pierre joins Berger-Levrault as a project manager on an HR application
2009 – His successes and potential lead him to the position of Production Director, managing a team of 150 IT specialists
2013 – As an Industrial Director, he helps to the transformation of the Department dedicated to software implementation at Berger-Levrault
Since 2017 – Pierre is Director of the Marketing of Services for France. He contributes to the process of digitalization of the company, encourages team building and proposes innovative solutions for clients
Beyond his main mission, Pierre supports or participates in various projects, such as quality certification, the development of the company’s ERP, or the development of digital training.

“Berger-Levrault gave me the opportunity of changing businesses often while staying in the same one for 10 years!”

Using your multiple skills to enjoy a fruitful career

2007 – Yann joins Berger-Levrault as management Controller
2010 – Because of his success and potential, he is promoted to Director Child Business Unit
2012 – He is tapped to work in two additional businesses: Technical Departments and Public Procurement
Since 2015 – Yann is Director Median Market Department France; he manages a 200-person team who fosters customer loyalty daily by adapting to their new uses 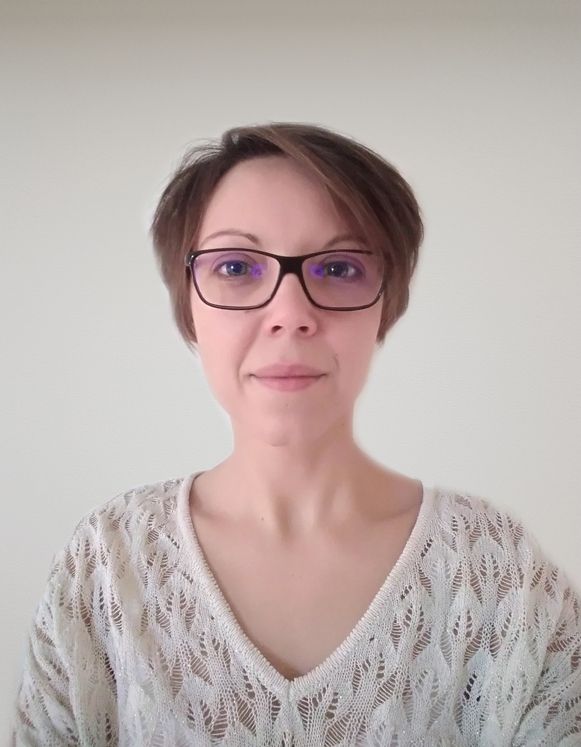 “Being able to change jobs and geographical sectors, depending on my expectations and desires!”

Quick rise up the ladder in customer project management 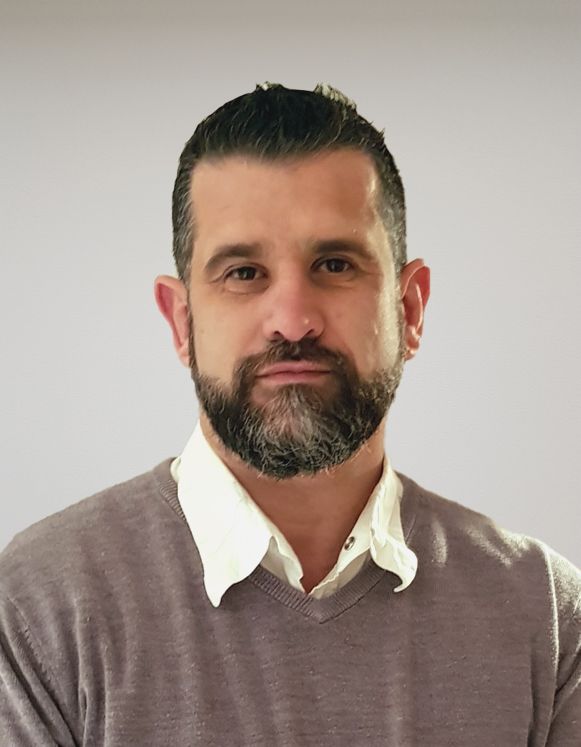 “Berger-Levrault allowed me to develop and acquire expertise of the medical and social business.
The more you work, the luckier you become. This motto worked for me.”

2004 – Stéphane joined Berger-Levrault as a support technician with the Customer Service Division
2010 – Because of his in-depth product knowledge, ease with relationships and willingness to share his knowledge, he was a natural fit for customer trainer
2015 – Because of his in-depth field knowledge, he is promoted to Pre-Sale Consultant
2017 – He leverages his strong business skills by joining the product marketing department as a product manager
2019 – Stéphane becomes part of the Sales Division as business engineer “Berger-Levrault allowed me to be part of an overall project with a shared goal while offering the opportunity to grow my skills. I came away from this experience as a much better professional and person.”

When business knowledge works in the service of coding!

2001 – Christelle joined Berger-Levrault as a support technician with the Customer Service Division
2004 – She specializes in HR expertise to become acceptance manager of the e.magnus HR line
2007 – She is promoted to Consultant with the HR business line
2009 – She wants to become a business analyst to model the needs of HR users
2015-2016 – She again changes careers by joining the Berger-Levrault developers’ school
Since 2017 – She leverages her dual skill-set as designer developer for the Sedit HR solution 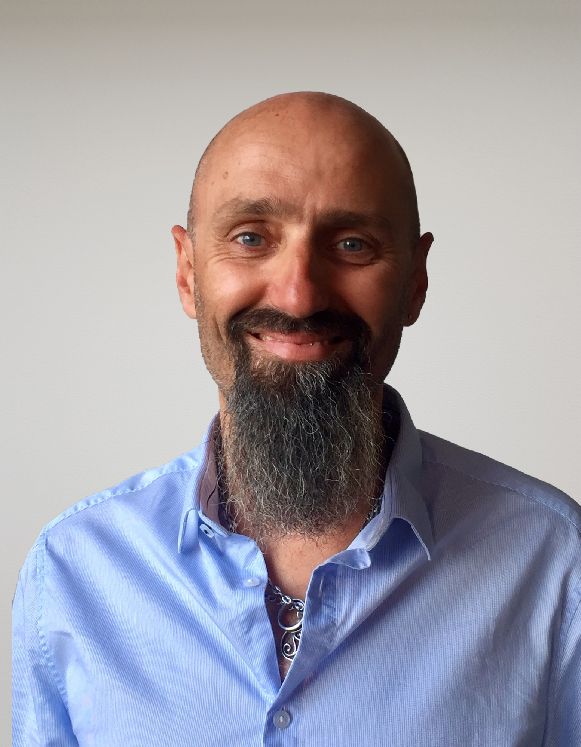 “Berger-Levrault gave me a lot of opportunities. Autodidact, I was able to seize them through my work, without any discrimination of diploma. I have already worked in 6 countries, on 3 different continents. Today, I know what the words humility, challenge and enrichment mean.”

1996 – He joins Berger-Levrault as a Trainer and Customer Support Technician
1998 – He jumps on the opportunity to become a technical sales engineer in the north of France because of his business skills and ability to form relationships
2000 – He is promoted to Product Manager because of his field experience
2008 – He becomes Manager of the e.magnus line
2014 – He becomes a Business Unit Director
2017 – As part of the Marketing Division, he takes part in Berger-Levrault’s global development with an initial experience in Canada and works on several studies in the USA.
Since 2020 – Assigned to Spain, he is in charge of piloting the industrialization of digital solutions and setting up international cooperation in order to encourage the sharing of best practices among the countries within the Group. End-to-End control of the value chain

2000 – She joins ABSIS as senior consultant, Geographical IT Systems
2004 – Because of her project management experience and her managerial skills, she is promoted to Manager of the consultants’ team
2014 – She is promoted to Director ABSIS operations with the goal of optimizing resources, improving relationships between departments and with results in mind
2018 – Following the acquisition of ABSIS by Berger-Levrault, she becomes part of the Berger-Levrault Spain product and services division with the goal of consolidating offerings and increasing team work An ongoing determination to go the extra mile

2008 – He joined Aytos as economic and financial management technician consultant
2011 – Because of his through knowledge of the field and his excellent relationship management, he was promoted to Sales Engineer
2013 – He joined the e-government department as Consultant
2016 – He is promoted to Product Manager in the e-government Department
2017 – Because of his multiple skills, he is promoted to Senior Project Manager in the Berger-Levrault Spain Operations Division “Ensure that each customer considers us as its best partner after the implementation of its project.”

A taste for challenges

2010 – She joins Aytos as Consultant specialized in e-government
2014 – She jumps on the opportunity to coordinate project deployment with a major customer: la Diputacion de Barcelona
2015 – She becomes part of the Customer Project Management team
2018 – Because she successfully rose to many challenges, she was promoted to Senior Project Manager 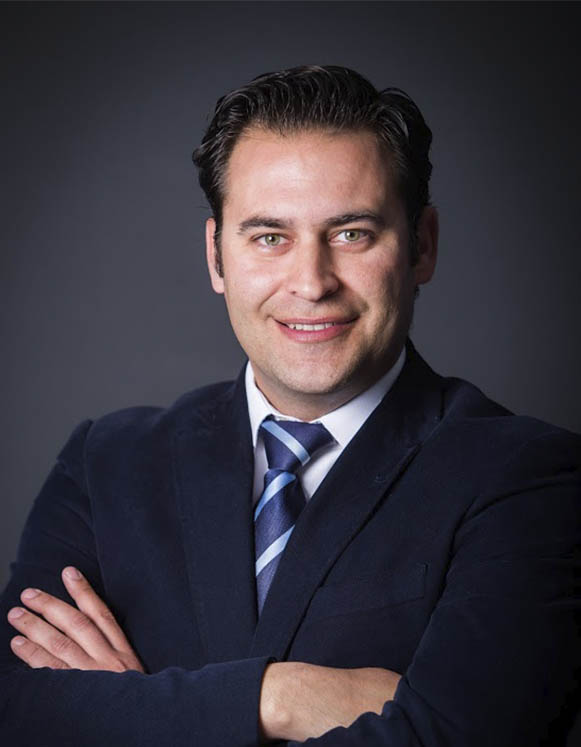 “With over 16 years of public sector experience, I try to work with empathy and a positive attitude to deal with issues by working together closely with customers and in-house departments.” 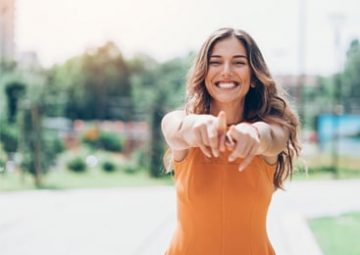 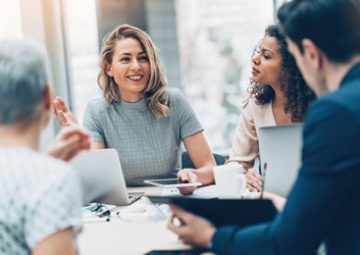